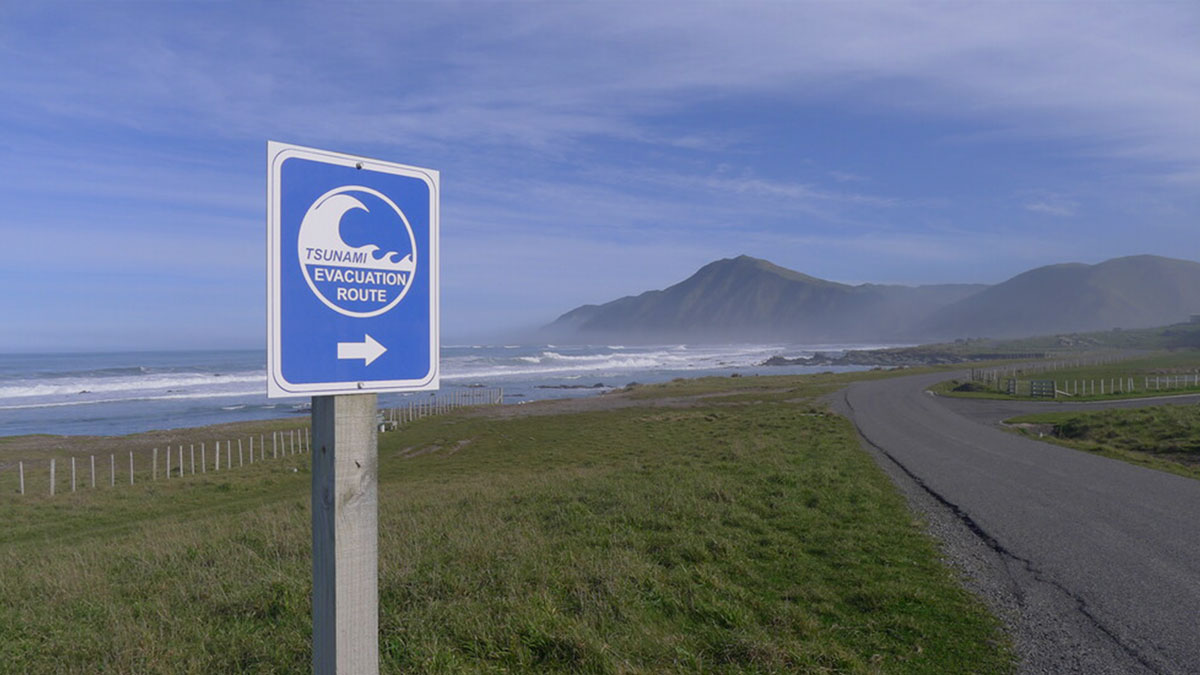 World Tsunami Awareness Day was coined in 2015, with the UN calling on countries to mark 5 November as a day to raise tsunami awareness and share approaches to risk reduction. Tsunamis are rare events but can be extremely deadly, and they needn’t be. With early warnings communities can take early action to protect people, save lives and prevent the hazard from becoming a disaster.

Do we need to worry about tsunamis in New Zealand?

In New Zealand, we have a long history of tsunami. With rich knowledge and stories from the past, Mātauranga Māori teaches us of tsunamis that occurred in pre-European Aotearoa (some of which were devastating) and helps us understand and prepare for future events.

Our coastlines also offer evidence of these past tsunami, recorded deep in the geology, as the layers of shell, sand and tiny marine creatures that were washed up by the event tell their story.

Since the 1840s, written records suggest that at least 68 tsunamis have reached our shores. Of these, six were over five metres high. You can learn more about these events from our New Zealand Tsunami Database.

More recent tsunamis in our region include those that were generated by a series of three large earthquakes that occurred on just one day in March 2021 and a tsunami caused by the eruption of the Hunga Tonga – Hunga Ha’apai volcano in January 2022, which was observed worldwide.

For more information about tsunamis and the work GNS Science does to help to reduce their impact on New Zealand and the region see vist the GNS website here.

Watch: Find out about tsunamis - are they just a big wave?

How do we know a tsunami is coming?

When a tsunami looks to be heading to New Zealand from across the Pacific, we receive a warning from the Pacific Tsunami Warning Centre in Hawaii. Our National Emergency Management Agency (NEMA) is responsible for evaluating the danger to New Zealand and issuing national or regional warnings. Tsunamis from South America, Alaska and Japan take more than 12 hours to reach New Zealand, giving authorities time to make decisions.

For tsunamis generated by regional earthquakes, we have a monitoring system which uses a network of offshore DART (Deep-ocean Assessment and Reporting of Tsunami) buoys. The DART system relies on deep-ocean instruments that help detect potential tsunami-generating events in the Southwest Pacific. They are currently the only accurate way to rapidly confirm a tsunami has been generated before it reaches a coastline. They can also confirm when a tsunami isn’t generated after a large earthquake, an under-sea landslide, or an under-sea volcanic eruption.

Most tsunami are triggered by earthquakes. The NGMC (National Geohazards Monitoring Centre) monitor seismic data 24/7 and will be the first to locate an earthquake that has the potential to generate a tsunami. The NGMC escalate to a tsunami experts panel who use data from the DART network and other instruments, such as seismometers and tsunami gauges, to help understand the likelihood and potential size of a tsunami affecting our shores. Advice is provided to NEMA who then issue tsunami warning as needed. The data from our DART network also feeds into the Pacific Tsunami Warning Centre to prepare our Pacific neighbours for the arrival of a possible tsunami on their shores.

Tsunami gauges located around the coast of New Zealand are also used to confirm the occurrence of a tsunami and record its characteristics. The GeoNet website displays up to date tsunami gauge recordings and DART data.

Are you Tsunami ready?

For a local-source tsunami which can arrive in minutes, there is not enough time for an official warning, it is important to recognise the natural warning signs and act quickly. Remember, LONG or STRONG, GET GONE.

If there is earthquake shaking, drop, cover and hold. Protect yourself from the earthquake first, then act as soon as the shaking stops.

If you are near the coast and experience any of the following:

Move immediately to the nearest high ground or as far inland as you can, out of tsunami evacuation zones. Do not wait for official warnings.

NEMA has a great website with information on what to do before, during and after a tsunami. You can also search your address to find out if it is in a tsunami evacuation zone.