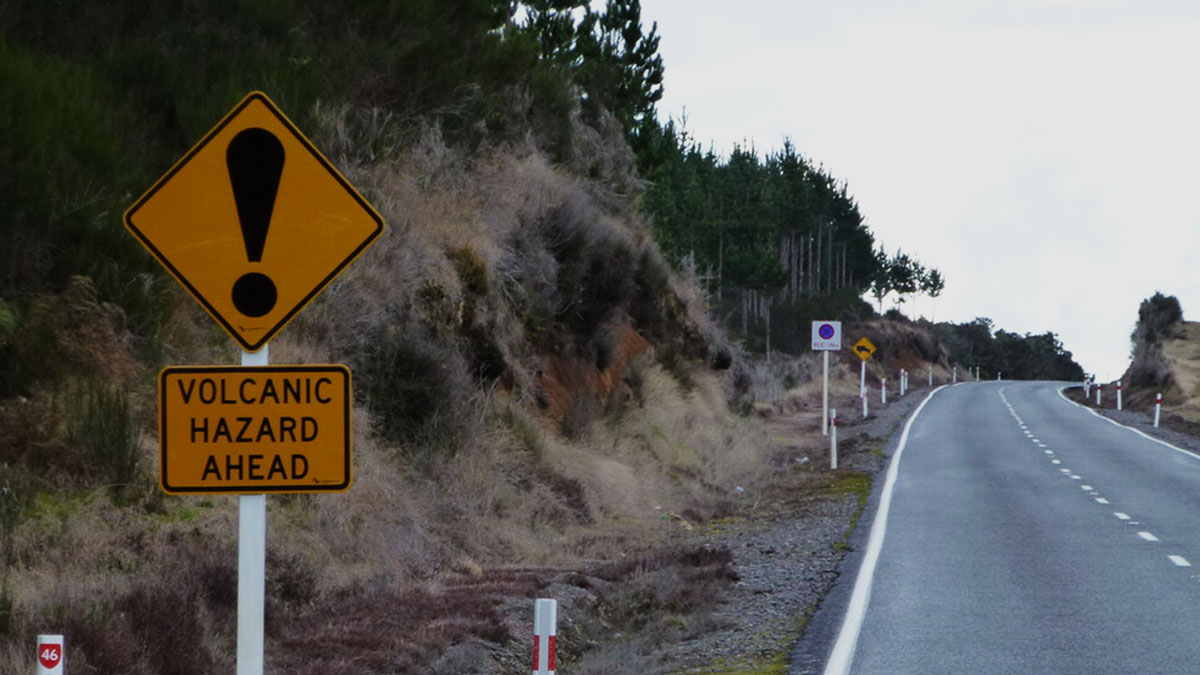 A look back at the 2007 Mt Ruapehu Eruption.

It has been 15 years since the last eruption at Mt Ruapehu, on 25 September 2007. Today we look back at this small gas driven eruption at one of New Zealand’s favourite volcanoes.

On 25 September 2007 at 8:26 pm, there was an explosive eruption lasting for less than 1 minute. During this eruption, explosions directed blasts and jets of rocks and water across the summit plateau and produced ice slurry lahars in two valleys including one in the Whakapapa ski field.

Two climbers were caught in the blast while sheltering in a hut 600 m from Crater Lake, and one was severely injured. He was later rescued, and both climbers gave scientists valuable accounts of the eruption sequence.

Scientists working on this event have concluded that the hydrothermal system was largely sealed before the explosion. A pulse of magmatic gas was released from depth and this broke through the sealed system, causing the short burst in activity. This type of eruption occurs with little or no warning.

How do we know what is going on below Ruapehu?

GeoNet monitors Ruapehu volcano and Crater Lake (Te Wai ā-moe). The monitoring includes seismic, acoustic, GNSS (GPS) sensors around the volcano, gas flights and sampling of the lake. The temperature and water level of the lake are also monitored by a datalogger at the lake outlet sending regular data to the GeoNet volcano team.

This monitoring system helped our scientists unravel the recent volcanic unrest episode at Mt Ruapehu. A period of strong volcanic tremor occurred from mid-March to early-June 2022 along with increased gas emission rates. No eruptions occurred.

Read more on how we monitor volcanoes here.

Watch a video on how monitoring the crater lake helps scientists to calculate the volcanic alert level of Ruapehu, below:

Find out more about Mt Ruapehu and other New Zealand volcanoes here.

You can read all of our Volcanic Activity Bulletins here.

The National Emergency Management Agency's (NEMA) Get Ready website has information on what to do before, during and after volcanic activity.

During volcanic activity, follow official advice provided by your local Civil Defence Emergency Management Group, the Department of Conservation (for visitors to the Tongariro and Taranaki National Parks), local authorities and emergency services.