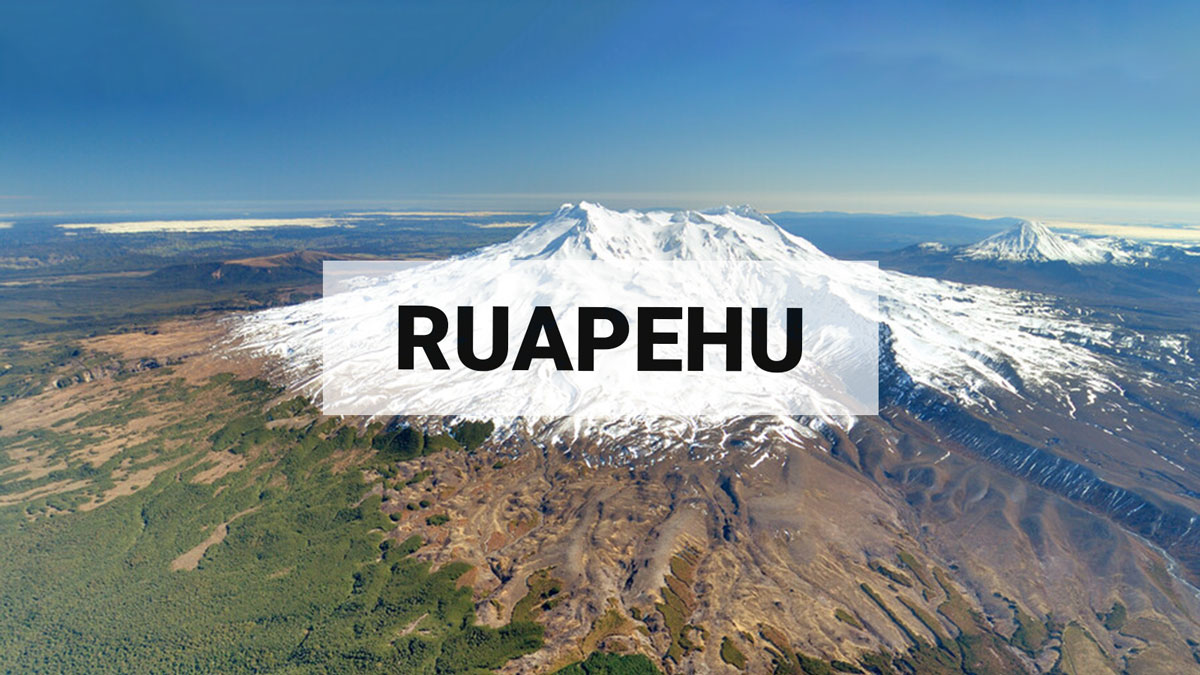 Short period of increased volcanic tremor over the weekend at Mt Ruapehu. The Volcanic Alert Level remains at Level 2.

A brief period of strong volcanic tremor was recorded over the weekend and Crater Lake temperature has stabilised. The Volcanic Alert Level remains at Level 2.

For about three weeks, tremor levels had been weak-to-moderate. On Friday evening (17 June), volcanic tremor increased sharply and fluctuated between moderate and strong levels over the weekend. Since Sunday 19 June, volcanic tremor returned to weak levels at Mt Ruapehu.

Crater Lake (Te Wai ā-moe) temperature had been decreasing at a rate of ~ 0.5 °C per day until it stabilised on the weekend and is now 22 °C. This is consistent with an increase of heat flow into the lake to approximately 130 MW.

The return of moderate-to-strong volcanic tremor and stabilisation of Crater Lake temperature are consistent with a continued period of moderate volcanic unrest at Mt Ruapehu. We will carry out a gas measurement flight and Crater Lake sampling when the weather allows. As noted last week, the level of unrest is now considered moderate rather than heightened, however the potential for eruptive activity remains.

Within the next three weeks, the most likely outcome of the ongoing unrest is no eruption. Minor eruptive activity, confined to the lake basin, is also possible, which could generate lahars (volcanic mudflows) in the Whangaehu River.

The next likely scenario is an eruption that impacts the summit plateau with volcanic surges. That event could generate lahars in multiple catchments, like what was seen after the September 2007 eruption. An eruption of this size would cause life-threatening hazards on the summit plateau and in valleys impacted by lahars.

The chance of a prolonged eruptive episode or a larger eruption, with wider ashfall impacts such as occurred in 1995-96, is higher than it was before the start of elevated unrest in March 2022, but within the next three weeks, this scenario remains very unlikely. Such an eruption would most likely only follow a sequence of smaller eruptions.

The increased tremor over the weekend highlights the variability and significant uncertainty about the state of the volcanic process that has been driving the current unrest period. Our interpretation of the observational data and activity is, therefore, still consistent with moderate volcanic unrest and therefore the Volcanic Alert Level remains at Level 2. The Aviation Colour Code remains at Yellow.

Mt Ruapehu is an active volcano and has the potential to erupt with little or no warning when in a state of moderate volcanic unrest.

For information about responding to volcanic activity there are guidelines from the National Emergency Management Agency https://getready.govt.nz/emergency/volcanic-activity/.