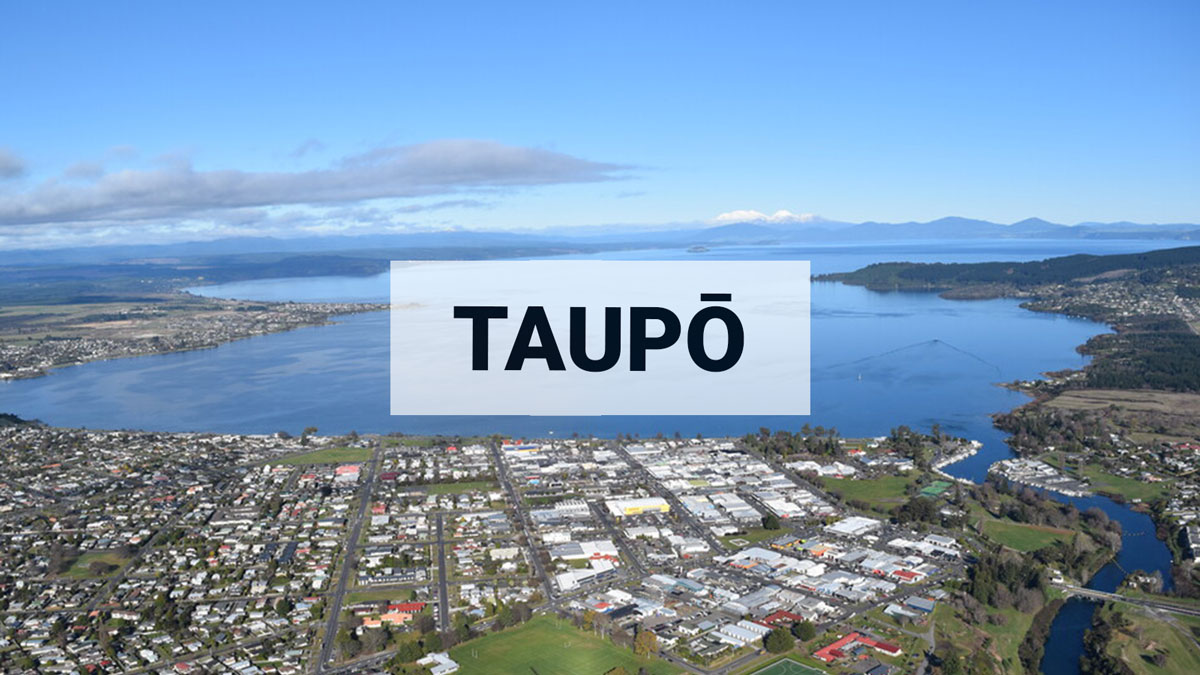 A strong M5.6 earthquake occurred beneath Lake Taupō on 30 November. The earthquake was widely felt, causing minor damage and a small tsunami in the lake. Numerous aftershocks have been recorded, with many felt locally. The activity is consistent with ongoing minor volcanic unrest at Taupō volcano. The Volcanic Alert Level remains at 1.

The recent earthquake activity is in the range that had previously been anticipated, and is consistent with minor volcanic unrest. The activity does not warrant a move to a higher volcanic alert level. Minor volcanic unrest has been ongoing at Taupō volcano since May 2022. Prior to 30 November, the unrest had been characterised by hundreds of small typically non felt earthquakes and a few larger events (M3.5 to M4.2) that had been felt.

The M5.6 earthquake caused ground movement measured at sensitive GNSS positioning instruments around Lake Taupō. At least 100 mm of horizontal movement was observed at an instrument at Horomatangi Reef. Further analysis of this data set is underway.

Experts are assessing earthquake-related lake wave activity that occurred as a result of the M5.6 quake. This caused run up along the lakeshore between Wharewaka Point and Taupō township. The wave action is likely the result of a lake based tsunami, however, we are unsure what has generated it. Earthquake activity can cause landslides and displacement of the lake floor, generating unusual wave activity. If people feel strong ground shaking, hear a loud boom, or notice unusual lake conditions, they should move away from the lake shore.

GNS is carrying out further analysis of existing data and looking at what additional observations can be collected and analysed. These will give us a better insight into the November 30 earthquake sequence and it’s importance in understanding the ongoing volcanic unrest at Taupō. If you have observed anything unusual on or around the lake, please let us know through our observation survey online here.

Earthquakes larger than M5 beneath Lake Taupō have occurred only four times since 1952, including a M5.0 earthquake that occurred on 4 September 2019 as part of a previous period of volcanic unrest.

The number of earthquakes located beneath Lake Taupō during 2022 has now risen significantly with the additional aftershocks from the M5.6 event. The earthquake count now exceeds those located during the previous period of volcanic unrest in 2019.

Prior to the earthquake on 30 November, the GNSS network continued to show ground uplift beneath Lake Taupō, The rate at an instrument at Horomatangi Reef was 60 mm per year.

We continue to interpret the ground deformation and earthquake activity to be caused by magma and hydrothermal fluids inside the Taupō volcano. The 30 November earthquake is similar to a M5.0 event during the 2019 unrest. While some of the earthquakes have been felt in areas around Lake Taupō, the deformation is currently only detectable by our sensitive monitoring instruments, including the movement associated with the November 30 event.

In broad terms, such volcanic unrest occurs when magma or magma-heated hot water and steam moves deep within the ground beneath a volcano, changing stresses and causing earthquakes and ground movement. There have been 17 previous episodes of unrest at Taupō over the past 150 years. None of those have resulted in an eruption. Check out more about this in our recent Q&A about Taupō volcano.

Past unrest episodes at Taupō have continued for several months, even years. The 2022 activity could continue for further weeks or months at varying rates or intensities.

Know what warning signs to look out for, so you can act quickly. Drop, Cover, and Hold during a large earthquake. If it is Long and Strong, Get Gone! People near the lake front should move to higher ground as soon as it is safe to do so, especially if they hear loud noises or see unusual lake action during earthquake activity.