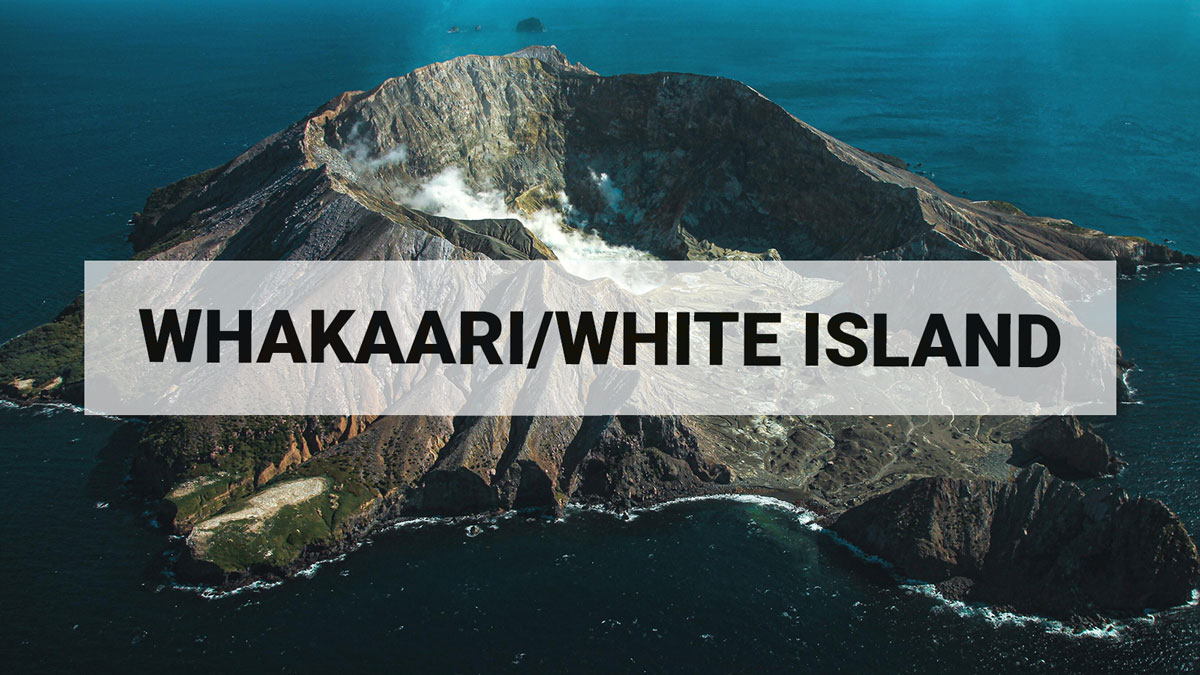 A recent gas and observation flight confirms that active vents are continuing to emit a weak-moderate steam and gas plume. The Volcanic Alert Level remains at 2.

On 16 January 2023, GNS Science volcanologists completed a gas measurement and observation flight. They observed the normal weak-moderate gas and steam plume at the island. The gas output has declined from the 6 December 2022 observations to now a low 33 ± 4 tonnes/day of sulphur dioxide (SO2) and moderate 705 ± 89 tonnes/day of carbon dioxide (CO2).

The observations from the flight have confirmed that the steam and gas plume continues to originate from the same vent locations as in December 2022. Discharge rates have also remained similar. There is no evidence of ash emission or other eruptive activity from these vents. Aside from minor water level fluctuations, the lake is little changed either.

Over the last 3-months, InSAR (satellite) data has detected minor (<1cm) subsidence in the vicinity of the 2019 eruption vent and continued localised uplift within the Main Crater floor. Intermittent movement of the 1914 landslide has also been observed.

The VAL remains at Level 2 (moderate to heightened unrest) and the Aviation Colour Code remains at Yellow, acknowledging the current level of activity, but also continuing to acknowledge the greater level of uncertainty in our interpretation due to the current lack of consistent, useful real-time data.

As the weather allows, we will under-take additional gas and observation flights to the island until we can service our on-island equipment and power supplies. We still have intermittent access to webcams images from the island, providing some level of visual monitoring between our flights.